China’s famous mobile manufacturer iQOO Company introduced its brand’s iQOO 9 series earlier this year. Shortly after this, iQOO 10 and iQOO 10 Pro smartphones were introduced by the company in the month of July. This phone of iQOO company is equipped with Snapdragon 8 Plus Gen 1 processor. At the same time, now in the latest leaked reports, the information about the upgrade of this series has come to us. If the leaked reports are to be believed, then the company is all set to bring its next mobile iQOO 11 series soon. And this phone of the company is going to be equipped with many upgrade features.

Know about this upcoming next smartphone iQOO 11 from iQOO – Suppose Tipster Digital Chat Station has shared its information on Chinese microsite Weibo. According to the share information on Tipster, the company is going to introduce the new iQOO 11 series soon. The upcoming series is expected to include iQOO 11 and iQOO 11 Pro smartphones. 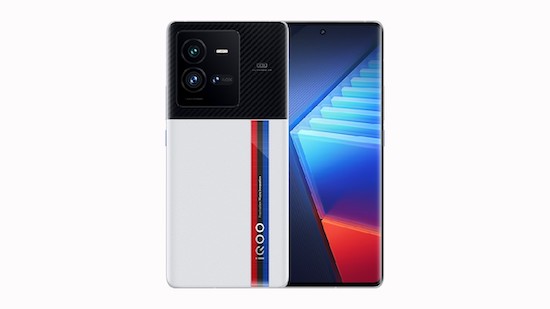 According to leaked reports, both the smartphones of the iQOO 11 series will get the same display and processor. At present, the information about its display size has not come in front of us. If we talk about other features of the display, then Samsung is likely to be given E6 AMOLED display, the refresh rate of this AMOLED display will be 120Hz. And the resolution of the display will be 2K. Curved edges will be given in this smartphone of iQOO. Apart from this, we will also be given a punch-hole cutout in its display for selfie, this cutout will be located in the middle of the display.

Apart from this, we will get Qualcomm Snapdragon 8 Gen 2 processor in this Aiku 11 series. But at the moment, this processor has not been launched. If we believe the news received, then the company can launch this chipset in November.

Talking about the features of the company’s Aiku 10 Pro smartphone, this smartphone was launched with 6.78-inch Quad-HD + AMOLED display. The display resolution of this smartphone is 1,440 x 3,200 pixels. Apart from this, this smartphone phone is equipped with Qualcomm Snapdragon 8+ Gen 1 processor, and with this we get up to 12GB of RAM and up to 512GB of storage.

Talking about the photography of Aiku 10 Pro smartphone, then we have been given a triple rear camera setup in this phone. The primary camera of this phone is 50MP. Along with this, a 50MP ultra-wide sensor and a 14.6MP third camera have also been included in the setup. The phone has a 16MP front camera for selfie and video calling. The battery of this smartphone is 4,700mAh, with which 200W fast charging and 50W wireless charging support is provided by the company.

Realme GT Neo 3: Naruto Edition of this phone will now be launched in India after China