Finland’s famous mobile manufacturer Nokia has launched its new tablet T20 in the market. At present, this tablet has been introduced only in the Chinese market. As we know, this tablet was also launched in the Indian market in November last year. This tablet of Nokia is equipped with T20 octa core Unisoc T610 processor. This NOKIA tablet comes in the market with Android 11 and this tablet also has an 8-megapixel primary camera. In this new tablet T20 of Nokia, we also get the support of fast charging with big battery. 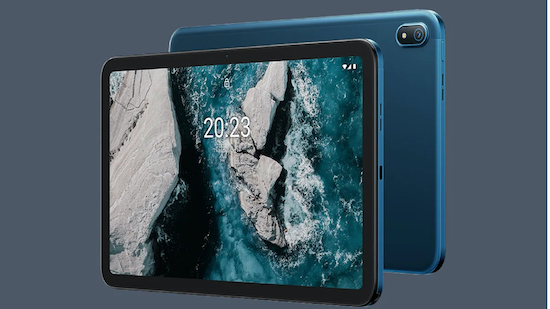 This new T20 tablet from Nokia is being given a 10.4-inch 2K display, which is made available with 2,000×1,200 pixel resolution. We also get 400 nits brightness in this T20 tablet. The Nokia T20 tablet is powered by an octa-core Unisoc T610 processor, along with up to 4GB of RAM. This tablet comes in the market with Android 11 OS and it has 128 GB maximum space for storage and it can also be expanded up to 512 GB with the help of micro SD card.

In this latest Nokia tablet T20, we get an 8-megapixel rear camera, while a 5-megapixel sensor camera has been given for selfie and video calls. We also get the option of LED flash light in the rear of this tablet to click good photos in low light and dark.

This Nokia T20 tablet is backed by an 8,200mAh battery, which supports 15W fast charging. Talking about connectivity, the Nokia T20 tablet has dual-band Wi-Fi, Bluetooth, 3.5mm headphone jack, GPS and USB Type-C port. We also get an IP52 rating in this T20 tablet for providing water resistant feature.