We all must have heard the name of Microsoft and have used its products somewhere and at some point or the other, we have also used Microsoft’s product Microsoft Teams at one time or another. We all know that this application is used for video conferencing, online meetings and video calling. Now Microsoft has recently said to add 4 new features to this application platform. 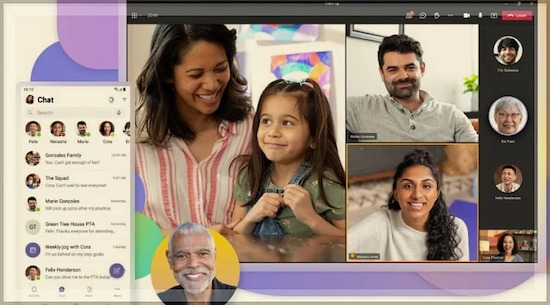 In this regard, Microsoft has also given information that with the help of this feature, admins will be able to disable the chat rights of those users who have joined the running meeting through any issued meeting link

Along with adding this new feature to Microsoft Teams, Microsoft has also added the chat bubble feature for Android and iOS platforms. After the availability of this new feature, all the chat messages will be visible on the screen of the mobile itself and with this users will also be able to preview the 2 recently used chats here. And after the addition of this feature, now users will not even need to open the chat window manually while using Meeting.