This new feature by Twitter will allow the company’s most followed users to eventually earn bucks from their followers, but Super Follow’s reach has been reported to be limited. 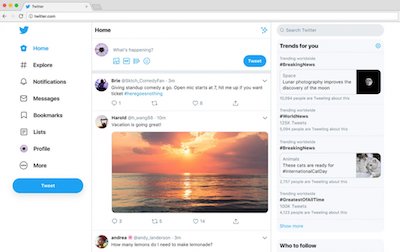 This feature was launched by Twitter as the microblogging platform seeks to become one of the most preferred online platforms for clickable stars to earn more bucks without tinkering with all the mediums with advertisements.Twitter has revealed that Super Followers is built for people who create their own unique perspective and personality on Twitter to drive public conversation. According to Twitter, musicians, beauticians, stars, activists, journalists, writers, gamers, astrology enthusiasts, and fantasy sports experts can use the feature to “live chat on Twitter”.

3.Users can set the option to charge a subscription for this Super Followers feature for $2.99, $4.99 and $9.99.
4.To use this super followers feature, the Twitter account holder must have at least 25 tweets in 30 days.

5.For now, Twitter users must be from the US and Canada only.

7.For the time being it will only work for iOS users.

8. For this feature, you have to turn on two-factor authentication.

It has not been clarified by Twitter at the moment, how long will it have to wait for the approval of this feature after submitting this super followers form, and when this feature will start for use in other countries.