Vivo X60 is a line of Android-based smartphones developed and manufactured by Vivo, announced on 29 December 2020. Vivo X60 launched in India on 25th March 2021.

Vivo X60, Vivo X60 Pro and Vivo X60 Pro+ have been launched in India as the latest flagship series by the company. Vivo X60 and Vivo X60 Pro were pastly launched in China in December 2020 and Vivo X60 Pro+ debuted later in January this year. Vivo has launched all three phones at once in India and they come with impressive specifications triple and quad rear camera setups, fast charging support, and high refresh rate displays. Vivo X60 is offered in multiple storage configurations while there is a singular variant for the Pro+ and Pro models.

Vivo X60 series pre-booking starts from March 25, and will be available for purchase in India from April 2. There are some pre-booking offers as well, such as 10% cashback with HDFC Bank Debit, Credit, and EMI transactions, V-Shield complete mobile damage protection, and Vivo Upgrade programme.

The device gets its power from a 4,200mAh battery equipped with Fast Charging technology. The non-replaceable cell belongs to the Li-Polymer variant. Vivo X60 Pro is powered by an Octa-core Kryo 475 processor that generates clock speeds of 2.8GHz, 2.4GHz, and 1.8GHz paired up with a massive 8GB RAM offering a lag-free user experience. The device comes packed with a Qualcomm Snapdragon 768G chipset and an Adreno 620 GPU. 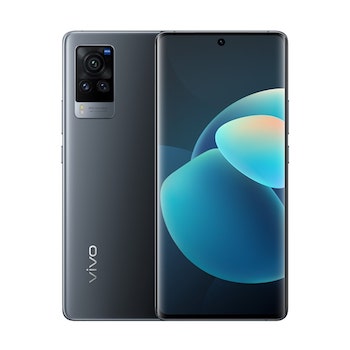